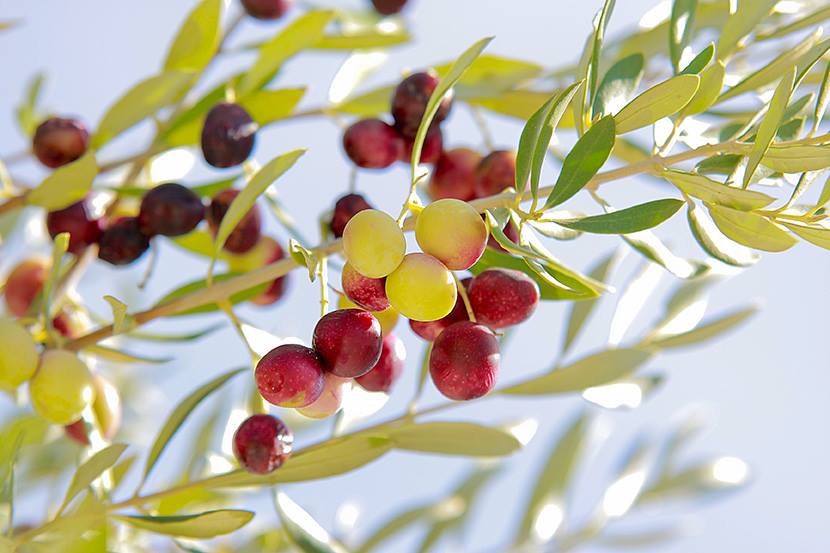 The olive tree, Olea europaea L., belongs to the family Oleaceae, which comprises species among tropical and warm temperate climates. Plants in this family are mainly trees and shrubs (including climbing forms). Most of their flowers and fruits produce essential oils, some of which are used by man. This family consists of over 29 genera, the only ones used for economic or horticultural purposes being Fraxinus (ash), Jasminum (jasmine), Ligustrum (privet), Phillyrea (barberry), Syringa (lilac) and Olea (Heywood, 1978).
There are over 35 species in the genus Olea. In the species Olea europaea L. we can find each and every cultivated olive tree as well as wild olive trees. There are different views concerning subspecies distribution, but cultivated olive trees are generally considered to belong to subspecies sativa and wild olive trees to subspecies sylvestris.

Olea europaea L., the olive tree, is the only species in the family Oleaceae with edible fruit. It is one of the oldest cultivated plants, with roots dating back to 4,000-3,000 BC in Palestine. Today 95% of the cultivated area is found in Mediterranean countries.

The cultivated olive tree is a medium-sized tree, from 4 to 8 metres in height according to the cultivar. It can live and remain productive for several centuries. The trunk is thick and the bark is gray to grayish green. The crown is rounded, but slightly lobulate; natural branching produces quite a dense crown, but different pruning techniques are meant to thin it and let the light in. Tree features such as crown density, size, wood colour and internodes length change from cultivar to cultivar. Besides, tree shape is greatly influenced by agricultural and environmental conditions when growing and especially by pruning techniques; in this respect, the olive tree proves a great morphogenetic plasticity.

The olive tree is a polymorphic tree, with young and mature stages. Differences between both stages include reproductive capacity (only in mature trees), rooting potential (higher in young trees) and morphological differences in leaves and branches. Young leaves are shorter and thicker, and branches have shorter internodes. Young to mature stage transition is not only temporal -from 5-8 years in trees grown from seed-, but also spatial -areas closer to the ground are younger. For instance, twigs that usually sprout from the trunk base are younger than branches formed in the crown..